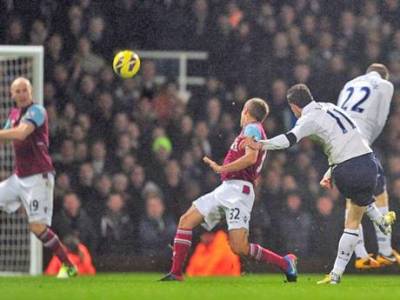 The worst news you can hear as a football fan is that your star player has been sold. As a Celtic fan I understand this more than most, with our two best players departing this summer for the English Premier League. Yet I still believe Tottenham would be crazy to reject a world record bid for Gareth Bale.
Bale has become Tottenham’s talisman. While Andre Villas-Boas possesses a squad full of talented players; Gareth Bale is without doubt the best. At times last year he single-handedly won Tottenham games with a number of late goals. So why do I think he should be sold?
Well, first of all, no one player is more important than a team. When a side becomes too dependent on one man they must bring in quality alongside him in order to progress. Last season saw Barcelona spend every week at the top of the Spanish league table, but their performances in the Champions League showed everyone how much they had come to rely on Lionel Messi. The men in charge saw this too so brought Neymar to the party. Tottenham do have money to add the extra quality required to break into the top four without the need to sell, as seen in the purchases of Paulinho, Chadli and Soldado, but the reputed £90m+ figure for Gareth Bale could enable Tottenham to revamp their whole squad.
I’ve heard many Spurs fans state that they wouldn’t be able to attract top players without the draw of playing alongside Gareth Bale or the promise of Champions League football, but I don’t necessarily believe that to be true. Players will go where the money is. This is not only down to greed, but if a footballer genuinely buys into a project they will pack their bags and go. Just look at Falcao, James Rodriguez and Moutinho et al departing Champions League sides to join a newly promoted team in Ligue 1. The two Celtic players I mentioned earlier have also abandoned the chance of Champions League football in return for the riches of the English Premier League, albeit to bottom half of the table sides.
For a team who has only experienced the Champions League once in recent years I feel Spurs fans are thinking too short term. Bale is seen as the key to a fourth place finish, but with Chelsea, Manchester City and Manchester United looking a cert to finish in the Champions League slots and Arsenal finishing above Tottenham every year since 1995, do Tottenham have any right to be so demanding of a top four finish?
From a neutral point of view, Tottenham have a great opportunity to build a young side that will be capable of competing for honours over the next few years, all they need is one thing. Patience.
An injection of £90m+ could see a handful of top class youngsters purchased. The key is finding them first. The likes of Eden Hazard, Isco and Marco Reus, could all have been seen as realistic targets for a side like Spurs, as long as they had been scouted a year before the big guns sunk their claws in. It’s finding those wonderkids a year or two before they really take the game by storm that Tottenham need to focus their attentions on. This is the patience I am talking about. If Daniel Levy is to give in to Real Madrid and accept their bid, it is these types of players that he should be aiming to sign in Bale’s place. They are out there. The likes of Viktor Fischer, Bernard and Julien Draxler, are just a few of the style of promising, realistic, targets Spurs could have. While individually they could not replace Gareth Bale, collectively they could really help Tottenham to progress. Signing these kinds of players and allowing them two or three years to grow and develop an understanding could be the real key to regular Champions League football for Spurs. 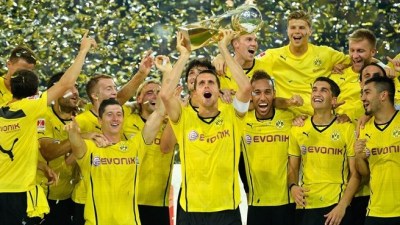 Everyone’s second team of the last couple of years, Borussia Dortmund, have shown exactly how to execute this transfer model successfully. Having spent a net of a mere €12m (approximately) over the last few years they have continually improved their side. The sale of star players Nuri Sahin, Lucas Barrios, Shinji Kagawa and Mario Gotze has not hindered them in any way as new youngsters such as Ilkay Gundogan, Marco Reus and Henrikh Mkhitaryan have been brought in. Without selling their stars Dortmund would not have been able to reach the heights they have done. Now, after three very impressive seasons they are at a stage where they do not need to sell anymore. Their refusal to allow rivals Bayern Munich to poach Lewandowski means they may lose him for free in a years’ time, but they are at a stage where that will not faze them. Tottenham are not yet there. When they are, they can turn down bids of £90m for their players if they please, but until then they have to look at a more long term project.
Borussia Dortmund are not the only side to have perfected this model; Ajax, Porto and Atletico Madrid have all seen their side improve over the past five years by adopting this set up. It is no fluke. In an age where sugar daddy owners and money from Sky is blowing a chasm the size of the Grand Canyon between the rich and poorer clubs, this business plan is seen as the only way to compete.
If Tottenham can correctly instil this transfer method than the sale of Gareth Bale could be the best piece of business they will ever do. The purchase of four or five young footballers on their way to stardom, adding to the quality of Vertonghen, Dembele, Soldado etc. could really see Tottenham stamp their authority on the league with a young, attractive and exciting style of play. I believe it really is an opportunity not to be missed.
Follow Drop the Shoulder on WordPress.com